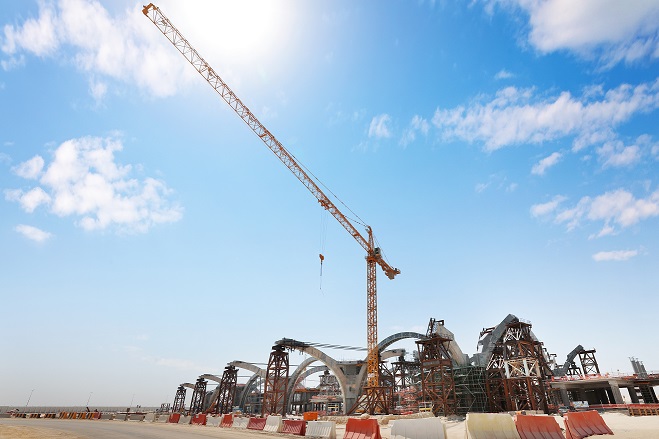 Before the COVID-19 outbreak, the International Air Transport Association’s (IATA) latest forecast for the global aviation industry was that it was set to double to over 8 billion passengers by 2037.Construction of major airports were geared to meet increased passenger demand in 2020. However, the outbreak of the COVID-19 pandemic wreaked havoc in the global travel industry and put a halt to projects. Regaining the same volume of passengers would be a challenge. So where do airport projects stand in terms of construction progress now?

With the outbreak of COVID-19, travel and aviation has been amongst the most impacted industries as countries closed borders, suspended flights, and imposed strict travel restrictions as part of their pandemic containment measures. According to the IATA, job losses in the MENA region in the aviation and related industries are set to reach 1.5 million. That is more than half of the region’s 2.4 million aviation-related employment. Latest data from the International Air Transport Association shows that the total global revenue-passenger-kilometres had fallen by 79.8% on a year-on-year basis. Although the pandemic created severe short-term financial pressures for the travel industry, ongoing construction of airports have not been affected and things are starting to recover with regards to the global demand for air transport.

In the ME region, significant airport expansion programs have been spurred by demand coming from the growth of national carriers, but also the geographic proximity to major source markets such as Asia. Geographical location and favorable regulatory environment have led to the development of airport hubs, which are catering to some of the largest movements of passenger and cargo traffic globally. Gulf Cooperation Council (GCC) countries; for example, have strategies to develop as preferred travel destinations. They are making significant investments into the development of tourism and hospitality infrastructure including airport expansions to increase the handling capacity of the anticipated visitor inflow. A clear trend in the Gulf region is the focus on innovation, harnessing artificial intelligence (AI) and data to improve the use of infrastructure.

Although the COVID-19 crisis has created severe short-term financial pressure on airport operators, the potential for a recovery in global demand in the long-term and a return of any pre-COVID-19 challenges in capacity means that airports expansions will still proceed in many markets. GlobalData is currently tracking airport construction projects globally with a combined value of US$826.5 billion. Asia-Pacific accounts for the major share of the projects value, with US$283.9 billion of airport projects, ahead of the Middle East and Africa (MEA) with US$226.3 billion thanks to Public investment is responsible for the funding of the highest proportion of projects, with 67%, followed by joint public/private with 30%.

Looking at Kuwait as an example, NFT in 2017 had been awarded to supply and installation of 26 Potain tower cranes for the construction of the new International Airport, a project worth 4.34 billion dollars. The 26 tower cranes include 18 units of MD 365, 6 units of MD 1100 and 2 units of MC 125.  As of date, the project is progressing beautifully. The government has taken steps to expedite the implementation of works despite the COVID-19 outbreak and the strict lockdown imposed throughout the gulf state noting that workers engaged in the T2 project are residing next to the site of the building. T2, scheduled to be completed by 2023, is envisaged as a regional travel hub.

Saudi Arabia leads with the highest value project pipeline, with a value of US$65.5 billion, equivalent to 35.9% of the GCC total and 29% of the regional total. The highest value project is the three-stage expansion project for the King Abdulaziz International Airport in Saudi Arabia. The project started in 2006, designed to increase the capacity of the airport from 13 million to 80 million passengers per year.

Alongside the airport is Airport City which will be a world-class, mixed-use development adjacent to Jeddah’s King Abdulaziz International Airport, and will become a leading destination for visitors from across Saudi Arabia and the GCC region. The 1.91 million m² GBA masterplan for Airport City introduces an innovative mixed-use community concept to the region, creating diverse tourism and business opportunities while also providing a dynamic lifestyle and family entertainment venue. The development will be directly in front of Jeddah’s King Abdulaziz International Airport, acting as a new hub gateway to Jeddah and beyond at the strategically important meeting point of the airport, the high-speed railway station to Makkah and Medina and the motorway junction between central Jeddah and the city’s Northern Expansion Zone.

With US$138.6 billion, the US has the highest value of construction projects in EXECUTION.

Nonetheless, many construction projects at some major airports have been sped up as authorities take advantage of the quiet time to fast track projects while fewer passenger are present. Among the projects are the LaGuardia Airport in New York, the Seattle-Tacoma International Airport and the Chattanooga Airport in Tennessee.

Asia-Pacific markets remain the largest for air travel, accounting for 34.6% of the global market in July 2020. As economies are slowly bouncing back, air travel activities in 2021 are set to recover driven by rapid population growth in the region, coupled with economic growth, will continue to expand the affluent middle-class market, which will underpin long-term demand for air travel.

The highest value airport project in the region is the US$18.3 billion Hong Kong International Airport Three-Runway System (3RS), which involves the construction of a new runway that would involve reclamation of around 650ha of land on Chek Lap Kok Island, Hong Kong. 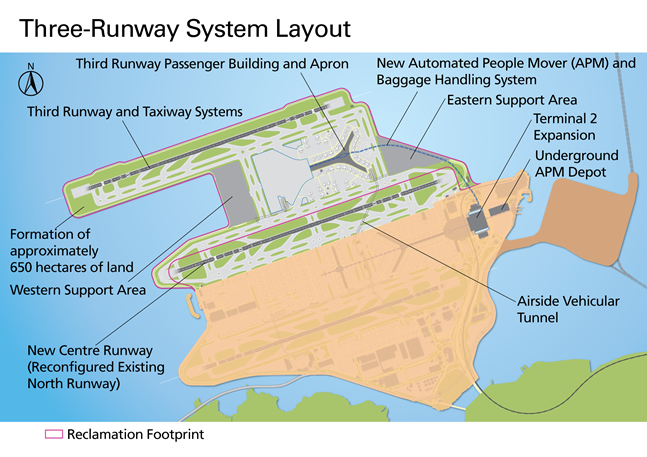 The 3RS project is more than a new runway. Its scale is almost equivalent to building a new airport next to the existing one. It involves:

Europe is a mature market for air transport, with slow growth and activity based on upgrading or expanding existing airport facilities. The COVID-19 outbreak and the subsequent travel restrictions imposed across much of Europe severely hampered air traffic in the first half of the year. The Airport Council International Europe (ACI-Europe) reported that passenger air traffic decreased by 96.4% in the second quarter of the year. During the peak of the virus outbreak in April, airport passenger traffic fell by 99% on a year on year basis in Europe, however the situation has somewhat improved over the last few months with the ACI reporting a 69% fall in airport traffic in August.

With a high risk of a second wave of inflections later this year, flight restrictions are set to remain in place until the virus subsides or a vaccine is found. This will come as a major blow to the airports across the continent which are among the most popular in the world. ACI-Europe registered passenger traffic of 2.4 billon through Europe’s airports in 2019, up by 32.3% since 2014. The figures released for 2019 by the ACI show freight traffic declined by -1.9%, while aircrafts movements increased by 1.1%. The top five European airports in 2019 by passenger traffic were London (LHR) with 80.8 million, Paris (CDG) with 76.2 million, Amsterdam (AMS) with 71.7 million, Frankfurt (FRA) with 70.5 million and Istanbul (IST) with 68.5 million.

The only high value project in Europe is the US$36.4 billion Istanbul New Airport, which is 40km away from the center of Istanbul, and would be the third airport in the city. The second highest value project in the region is the US$18.2 billion Heathrow Airport Expansion, which involves the construction of a 3,500m long third runway at Heathrow Airport in London. The project is set to begin at the end of 2021 and is expected to be completed by 2026.

With the economy slowly starting to recover, airport construction projects that were halted will resume and already on-going projects – whether in execution or pre-execution stage – will see a boom in passenger management efficiency.