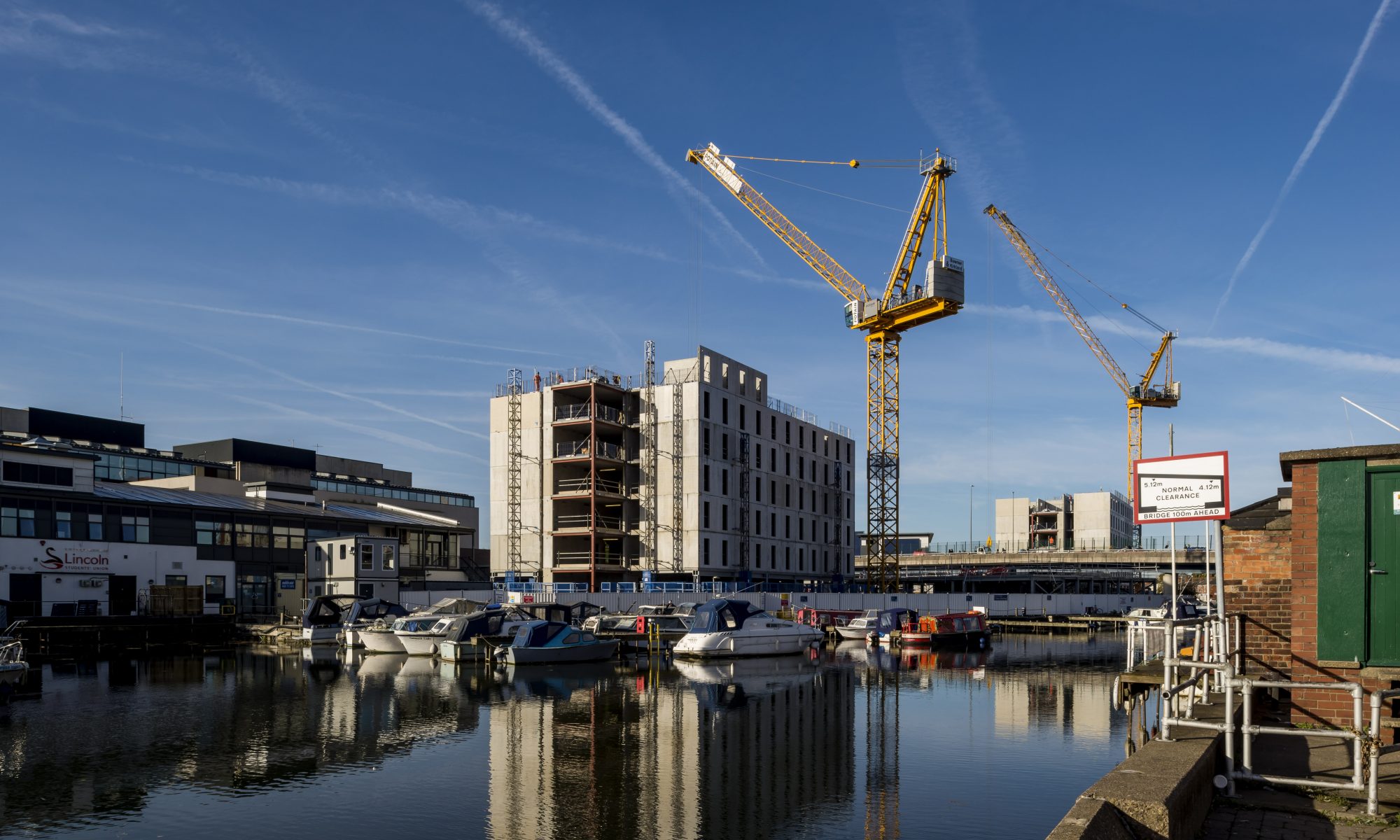 According to studies by Construcciones Metálicas COMANSA S.A. & Vandooran Tower Crane Consultants (separate studies), we have analyzed the various aspects of both types of these cranes.

Level jib tower crane is mainly used in common civil building field where fast lifting and inaccurate perching and resting areas are required for lifting building materials. Both models have advantages and disadvantages in different application fields, therefore we can plan a key role in determining which model should be selected. Luffing-jib cranes are specially demanded for tall buildings on congested sites. They have a very short counter-jib and a variable working radius, which permit high productivity in extremely narrow spaces.

Some of the key reasons for using luffing jib cranes

Luffing cranes, especially over the last 15 years, have helped to solve a lot of inner city construction problems when it comes to the fight for precious space in and around a construction site.  Luffing crane has a special design and the jib has the capability of being lift standing vertical in the air at a minimum of 5m radius from the mass section (Of course, this is used as an example, and depending on the type of crane, this could vary).  This is the opposite to the flat top crane which must be left parallel to the project and at the fixed radius of the jib already pre-determined.

This has solved many issues for projects where over sailing rights are not possible or very difficult to achieve in cities around the world, like in the United Kingdom.  These rights are not usually given when the loads being carried by the crane must be brought overtop of neighbouring building which are public, government or have a heavy population of the general public such as public transport stations.  The luffing crane allows the jib and the load to stay within the construction site boundaries at all times and ensure the safety of the general public.

1.       Luffing cranes are usually the best solution when a number of cranes are working on the same construction site, to avoid any kind of crash with other cranes or the surrounding buildings. With their variable working radius, they don’t interfere in the working area of the other cranes on site and they can be parked with a very reduced radius. However, construction site managers should have prior experience in supervising several luffing cranes operating simultaneously.

2.       Luffing-jib cranes can improve material handling cycles in the jobsite, using them like auxiliary cranes to the principal tower cranes, reducing the construction time.

4.       In some areas, local laws make luffing-jib cranes necessary. For instance, London doesn’t allow any crane to fly over the surrounding spaces when they are working in a jobsite, and luffing jib-cranes are very demanded because you can move the jib from the horizontal position up to the total vertical position.

Crane. Although luffing cranes are a major problem solver when it comes to working within major city centres or enclosed construction sites they can greatly affect performance and economics of a construction site not hindered by tight jurisdictions.

1.       Luffing cranes are generally more expensive than the traditional tower cranes. The tower frames of a luffing crane are stronger, and the luffing mechanisms are much bigger than the hoist system of a tower crane. Of course, the technology applied to move the jib, counterweights, is the highest.

2.       The cost of assembling and disassembling are much higher too.

3.       Luffing cranes are more receptive to environmental changes such as the wind and the jib of a ‘luffer’ acts as wall to the wind. So, the restrictions of the tower are higher.

4.       Since luffing cranes don’t have trolley mechanism and the movement is done by the jib, luffing cranes usually take longer than tower cranes to finish the job

With a luffing crane you do not have the trolley moving quickly down a track, instead you must lift the entire jib using an ‘A’ frame positioned at the rear of the crane top and move it up and down until you have reached your desired radius, while at the same time reeling in the ropes to gain the appropriate height for your load.  This takes a lot more time to perform these tasks and can be much more difficult especially if the driver is working blind and is not able to see the load at the end of their ropes.

To summarize, the luffing crane, like all other tower cranes, has its pros and cons so when you are designing your site you must ensure that it is the right crane for the job.  In tight construction zones such as inner cities a luffing crane may be your best call. If you make the wrong choice you will find as a result that there is a lot of time and money wasted on the project. In the UAE, Of course it depends on the project’s requirement, for example high rise towers, which are very popular here, require luffing cranes with a big capacity. Luffing cranes are special as they allow you to manoeuvre in tight spaces, when you are surrounded by neighbouring buildings.

According to NBM & CW, the comparison can be summarized in details in the following table (where a large power station is used as a benchmark):

The Potain MR 418 is designed to get you set up and working faster while still providing the capacity and compact footprint that our cranes are known for.

A new on-board control system allows for operation mere minutes after assembly is completed, and the uniquely mounted luffing mechanism and hoist ensures there is plenty of room for operation, even in the tightest of jobsites. Perfect for power plants or high-rise buildings, including super-tall structures

The Biggest luffing for Potain: MR 608

The MR 605 is the largest capacity luffing jib crane in the Potain line. The crane is specially designed for sites with very high working heights and is equipped with powerful mechanisms to ensure optimal work speeds.